A recognition of research and leadership 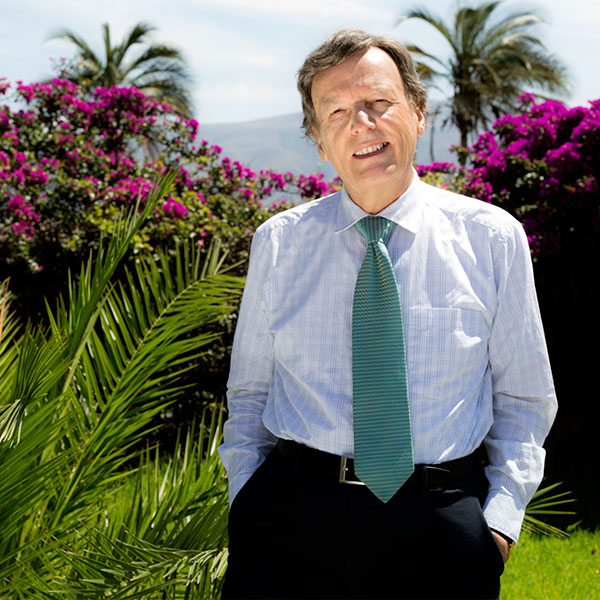 Spiros Agathos, Ph.D., was named Fellow of the American Academy of Microbiology, one of the most prestigious awards in this field.

Spiros Agathos, Ph.D., Dean of the School of Biological Sciences and Engineering of Yachay Tech University, was named Fellow of the American Academy of Microbiology (AAM), an honorific leadership group within the American Society for Microbiology (United States). Fellow is a distinction that demonstrates the recognition of an academic by his colleagues. This recognition is one of the greatest honors in the microbiology field.

Spiros Agathos is the first academic in Ecuador and the fourth in Belgium (where he maintains an honorary affiliation) to receive a Fellowship from the AAM. Each year, members of the Society follow a rigorous process based on scientific achievements and outstanding contributions to the microbiology field improvement in order to choose Fellows for the AAM. Once selected, the ASM announces its Fellows in a press release. The role of this select group is to advise on the decisions of the American Society of Microbiology and on important matters for this science field.

This achievement is a proof of the research work carried out by Spiros Agathos, Ph.D., who has also contributed to the research growth of the School of Biological Sciences and Engineering (ECBI in Spanish) of Yachay Tech University. In this sense, the ECBI has worked on research projects in areas of biodiversity, environment and the introduction of research for the productive sectors of the country, in which students and faculty from this School have taken part in.

Recent examples of the ECBI’s research include the largest species census conducted in the Antisana reserve, particularly with an endangered species: the white-tailed deer. Additionally, the School has embarked on projects in collaboration with ESPE and ESPOL for the development of natural food supplements that work as immunostimulants in shrimp, to contribute to one of the largest industries in Ecuador. Another recent achievement is the designation of Yachay Tech as host of the XLII National Biology Event, the country’s most important event in the field.