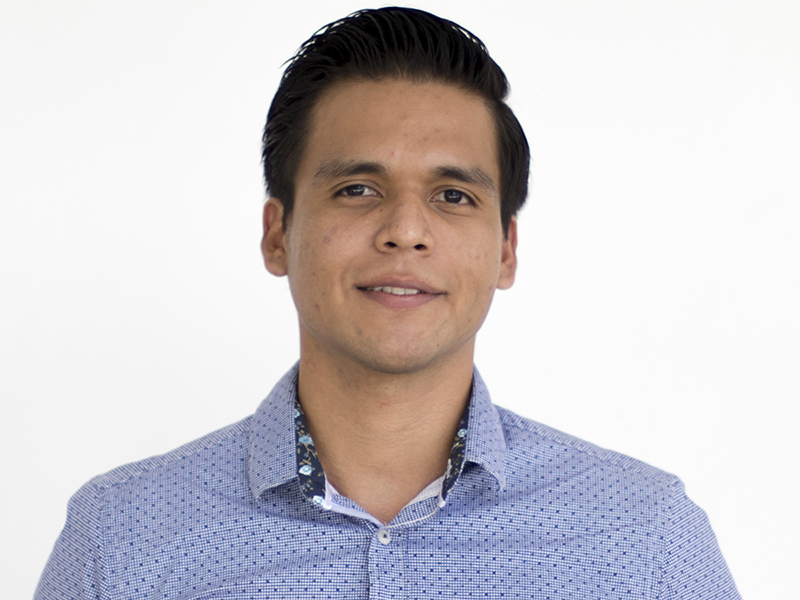 We spoke with Alex Jamett, a Nanotechnology major from Portoviejo who works on the development of a biodegradable plastic from sugarcane bagasse.

“Nanotechnology has always caught my attention because you can make big things with such small things, so I decided to study Nanotechnology and that’s why I came here’ summarizes Alex Jamett when he explains why he came to Yachay Tech. For him, arriving at the university was a bit shocking, because it was very far from the coast. However, he remembers that he really liked meeting his mates. ‘I remember that the first night we arrived, we brought all our stuff into the houses and after an hour we all went to Las Patrimoniales to talk, hang out and it was something … different’ he says.

His professors also made a great impression on him. He remembers that the difficulty in some of his classes pushed him to be more self-sufficient in his learning. Despite this, his professors were always available to help him, at any time and place. Alex was surprised at how horizontal his relationship with his professors was. “It was very interesting to meet people who are so prepared that they know that a degree does not make them better people than others,” he concludes.

Now that he is very satisfied with the major he chose, Alex developed a deep interest in the synthesis of biodegradable polymers, and it is now the main topic of his capstone project. Alex seeks to develop a biodegradable plastic from sugarcane bagasse, which is a waste of the sugar industry. At the moment, his work is focused on the theoretical part. However, once this part is concluded, he will begin the experimental work in the laboratory, with the support of Juan Lobos, Ph.D., a professor of the School of Physical Sciences and Nanotechnology.

There are no factories in Ecuador that generate plastic in its primary form, so I want to focus my project on how to create a company in the country, Alex says. For this, Alex hopes to take the step between research and industry, which can sometimes seem difficult. “The idea is that once we have all the results, we can present the project to the industry to see if it can start a kind of experimental factory,” he says.

Still, once he finishes his undergraduate studies, Alex’s priority will be to get a graduate degree. After that, he hopes to build a production factory for raw materials and by-products, specifically disposable ones.