Who is part of Yachay Tech’s First Class? 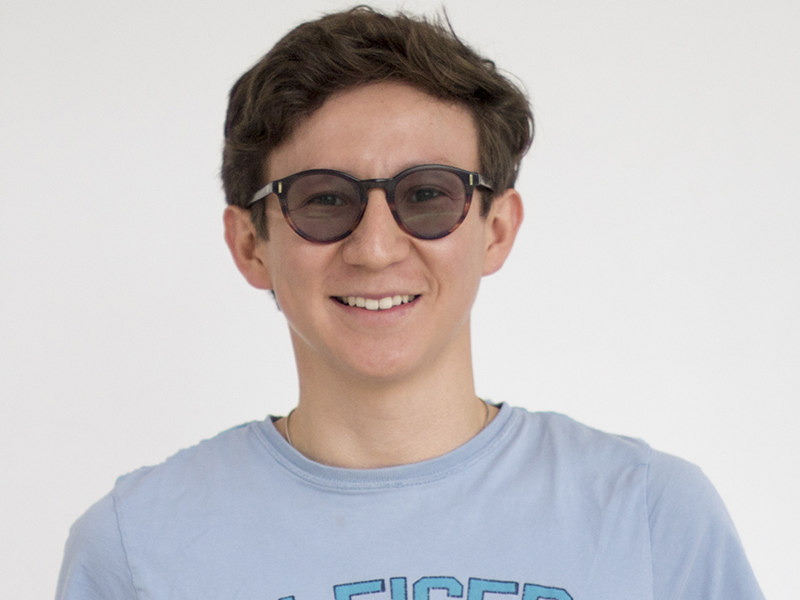 We spoke with Andrés Guerrero, a Nanotechnology major from Guayaquil who works on the development of biosensors, based on carbon nanotubes modified with titania nanoparticles.

When Andrés Guerrero was going to apply for the university, he looked for several options in his city, but nothing seemed to catch his attention. He always wanted to study something related to science. At that moment, after looking for universities and already close to the application deadline, a friend of his mother told him about Yachay Tech University. Andrés researched about the project and decided (with determination) that he should study at Yachay Tech.

Although at first he had a wonderful experience, Andrés experienced some difficulties. “As time went by, I realized that it’s not all a bed of roses, coexistence is also difficult” he admits. After changing roommates for several semesters, he recognizes that he finally found the people he truly gets along with.

However, that was not the only search for Andres during his major. He knew that Nanotechnology was meant for him until he started considering Physics as an option. The doubt arose because he liked the theoretical and computational path of science, but he was also passionate about experimental perspective. At last, he decided that being in the laboratory was what he liked the most, but he is sure that his studies will allow him to work on the theoretical field as well.

At the moment, he works at the laboratory for the development of biosensors, based on carbon nanotubes modified with titania nanoparticles for the detection of hydrogen peroxide. This is important because the reaction produced by hydrogen peroxide is a model with which you can start to detect any other type of molecules, including similar biomolecules. This compound is also important within the textile industry, biomedicine, and radiation. In addition, hydrogen peroxide controls some reactions within the human body, which is why it is also important to detect.

Andrés conducts this research as his capstone project, under the supervision of Gema González, Ph.D., a professor of the School of Physical Sciences and Nanotechnology. He says he chose this subject because he has always liked Biology, although his field is more related to Physics. Once he finishes his research, Andrés hopes to continue with his studies. He admits that what interests him the most is staying in Academia, developing research, so studying a master’s degree and a doctorate is the right path for him.