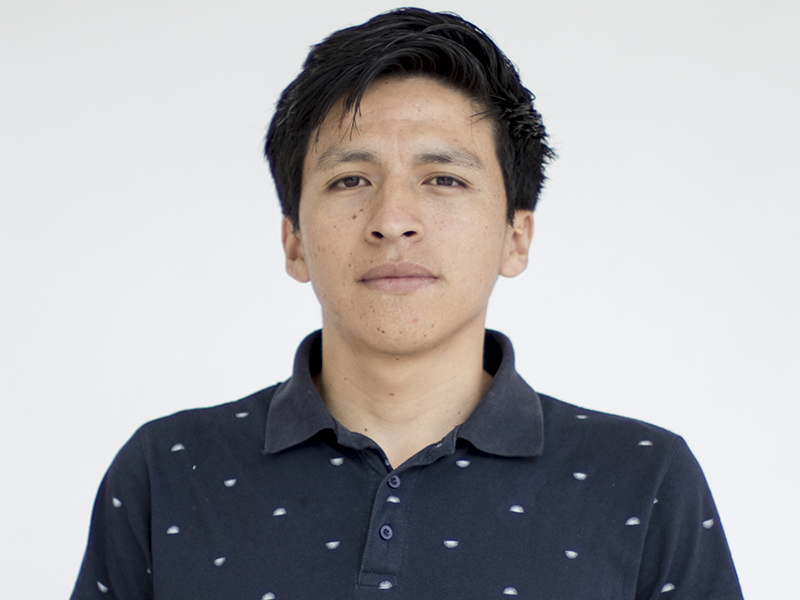 We spoke with Luis Puente, a Physics major from Sangolquí who works on the field of quantum physics. His work has been accepted to be published as a scientific paper in the International Journal of Modern Physics  A (IJMPA).

Luis Puente works on quantum physics, specifically in the scattering or deviation of incident particles (waves) when they are directed towards a barrier of potential energy where phenomena of reflection, transmission, and superradiance are observed. His work has been accepted to be published as a scientific paper in the International Journal of Modern Physics  A (IJMPA). He has come a long way at Yachay Tech University to achieve this.

At the end of 2013, a Friend of Luis’ told him that a research, science, technology, and innovation University was being built in Imbabura. After that, Luis decided to take the university admission exam and learned that applications for Yachay were opening that same year. Although he thought that maybe he would not get in (Yachay Tech) and applied for other universities, he did, and claims he is very happy to be at the University.

What he liked the most of Yachay Tech was the green spaces. In addition, he recognizes that the campus’ history and its architectural style seem fascinating. He values the familiarity, spontaneity and good treatment there is between faculty and students, “without a doubt we have the best faculty in Ecuador”. He also enjoys living on campus where the classrooms, library, and sports fields are so close.

For him, life on campus has been a constant learning. ‘We learned many things: to cook, to organize our finances, to have clean clothes,’ he says. He also believes that coexisting with his roommates has been very helpful in the process. “Here I have been able to meet friends from basically the 24 provinces of the country and that has been quite interesting,” he admits.

Luis has also enjoyed his major. For him, Physics allows him to satisfy his curiosity by understanding what happens in nature. “I’ve always wondered why Earth turns, or why eclipses occur, or what all the bright spots in the night sky are,” he says. In addition, he likes exact sciences, including Mathematics.

For his thesis project, Luis is studying one of the topics he likes the most and is more curious about: Relativistic Quantum Physics. It studies the nature of certain particles that can pass through energy potentials even when the energy of the particle is smaller than the energy of these barriers, something impossible from the point of view of classical mechanics. This research conducted by Luis is titled: “Study of Superradiance in the Lambert-W Potential Barrier”. He works with his tutor Clara Rojas Ph.D., from the School of Physical Sciences and Nanotechnology, and has the contributions of Carlos Cocha, a student from the same School. This project has been accepted to be published in the Modern Physics A Journal. “I am very grateful to Clara for allowing me to work by her side and learn from her, this important news is good for the whole university and Ecuador is showing up on the map of science” comments Luis.

The DOI of the publication is the following: