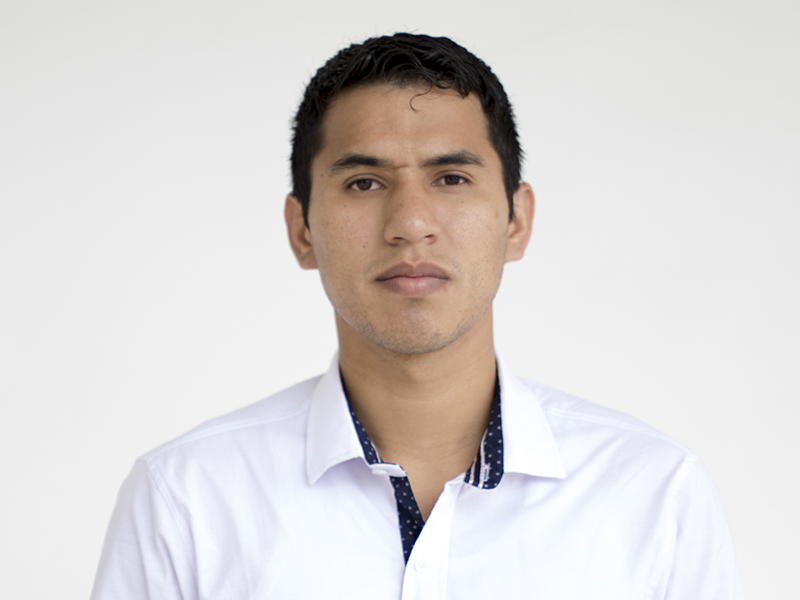 We spoke with Marlon Gurumendi, a Nanotechnology major from Guayaquil who works on the modification of chitosan to obtain a supercapacitor material.

When Marlon Gurumendi learned about Yachay Tech University he decided to look a bit more into it. “I really didn’t know much about science,” he admits. However, once he looked it up, he realized Nanotechnology seemed fascinating. He hasn’t changed his mind. As time went by, his desire to study Nanotechnology and conduct research in this field only became stronger.

Marlon remembers that he was good at Mathematics in school but he didn’t like Physics. When he arrived at Yachay Tech and had his first Physics class, his perspective changed completely, thanks to his professor. “He knew how to encourage me to like nanotechnology better because it had something to do with what I learned there” he mentions. During his years in the Common Core, his other professors continued showing him what it means to dedicate yourself to Nanotechnology and Marlon found it more and more interesting. When we asked him if he ever questioned his major during the common core, he replied, “I think I was actually moving more towards it”.

Now he works with chitosan, a polymer extracted from chitin. This compound is found in crustaceans, such as crabs, shrimp, among others. Marlon made this project his thesis, with the support of professors Juan Lobos, Ph.D., and Gema González, Ph.D., of the School of Physical Sciences and Nanotechnology. The team modified different properties of chitosan. First, the team worked to modify the luminescence property of the material with the help of a semiconductor, in this case, the ZnO (Zinc Oxide). Second, the researchers modified the conductive properties of chitosan. They did this with the use of lithium salts.

His work with Chitosan also relates to Ecuador because of the importance of its shrimp industry. Marlon says they always intended to make the most of the country’s capabilities. In this case, they put a lot of thought into this when they first started their research project, which they hope to publish in a research journal. Finally, he points out that after graduating he plans to continue studying a master’s degree in the field of materials.