Physics expressed in the theater 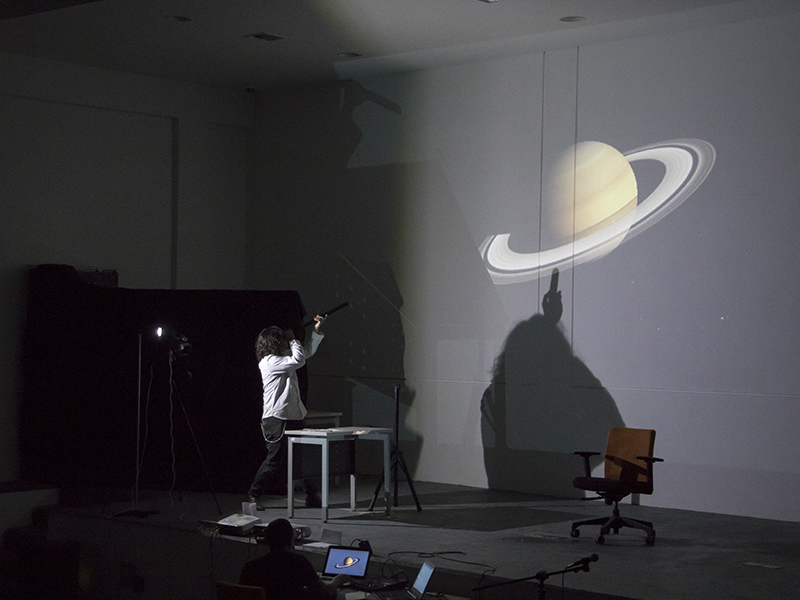 Faculty and students from the School of Physical Sciences and Nanotechnology of Yachay Tech participated in the creation of a play that awakens the love for science.

Members of the School of Physical Sciences and Nanotechnology organized the Physics Theater, a space for scientific dissemination through art. The event was held at the facilities of Instituto Tecnológico Superior 17 de Julio and had the participation of students from the School. The play was divided into small acts centered in demonstrations of Physics associated with a historical context of the discipline.

The play interpreted by Physics majors is a silent play and seeks to promote in the public the interest in Physics and science. For this reason, the effects of the show are not explained, since encouraging curiosity is essential to bring the public closer to science. In this sense, the theater pieces contain artistic elements that allow the public to be transported to a time and space of love for knowledge. All the elements were built by the theater team.

For, Ernesto Contreras, Ph.D., a professor from the School of Physical Sciences and Nanotechnology, the main organizer of this play, it is important to highlight the commitment of the students. He says that they were willing to collaborate and showed great interest in the project. Likewise, he is grateful to the faculty and the laboratory technicians of the School, who supported them to build the material for the play.