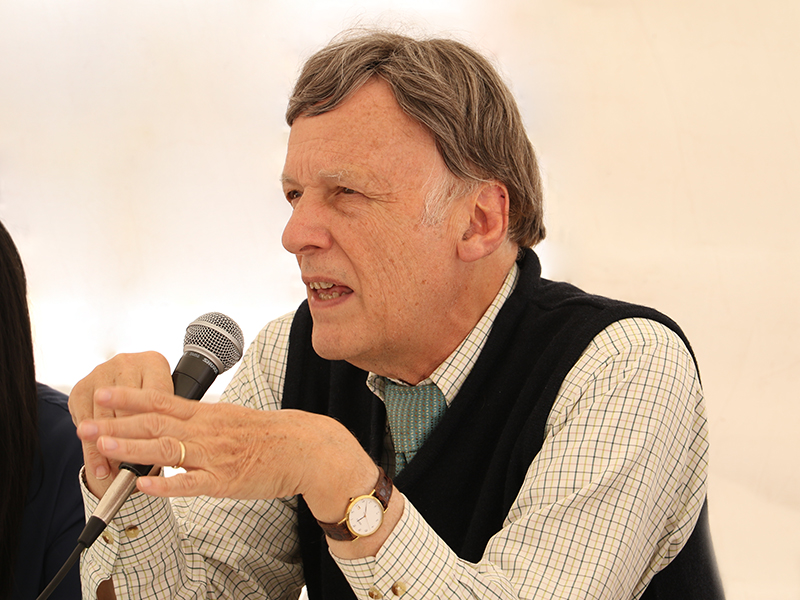 The purpose of his travel is to continue with research projects with international funding and receive an award for his academic career.

Spiros Agathos, Rector of Yachay Tech University, will go on an international tour from July 11 – 24, 2019. The tour includes Belgium, Vietnam, and United States, and will meet the purpose of continuing with research projects and receive an award for his academic career.

From July 11 to 21, the Rector will be working on RENEWABLE, a project in collaboration with Belgium and Vietnam. Then, between July 22 and 24, he will travel to Washington to receive the Waksman Award, granted by the Society for Industrial Microbiology and Biotechnology, in United States.

RENEWABLE takes advantage of the nutrients from the wastewater treatment of the shrimp industry through the use of microalgae, with the purpose of generating biomass for the production of biofuels and animal feed. The project is developed with the support of Belgium and Vietnam, as the second shrimp exporting nation of the world. Rector Agathos has taken part in this project as researcher since it began in 2016, and will continue to do so until it finishes in 2020. The project received 500.000 euros for funding from the ARES (Académie de Recherche et d’Enseignement Supérieure), from Belgium. All the Rector’s expenses in Vietnam will be paid by the grant. Recently, Yachay Tech sought an approach with the Geological and Energy Research Institute, in relation to similar studies that are being conducted in Ecuador, as it is the third shrimp exporter of the world. The Rector hopes that the results of this research can be easily applied to the Ecuadorian reality.

Lastly, Agathos will travel to Washington to receive the Waksman Award, a recognition to his career as professor and researcher in the fields of Microbiology and Biotechnology. SIMB grants this award to recognize academics in industrial fields related to this scientific areas. The Rector will receive his award during an award dinner at the SIMB Annual Meeting. Moreover, Agathos will write an article for SIMB News on his experience in teaching.

Spiros N. Agathos, Ph.D., joins the list of outstanding academics who have received this Award, including Thomas Dale Brock, who discovered hyperthermophilic microorganisms.

Having a scientist like Rector Spiros Agathos at Yachay Tech is an important opportunity the University and the National Higher Education System, as his career in the service and training of scientists is a support for the management of the university.