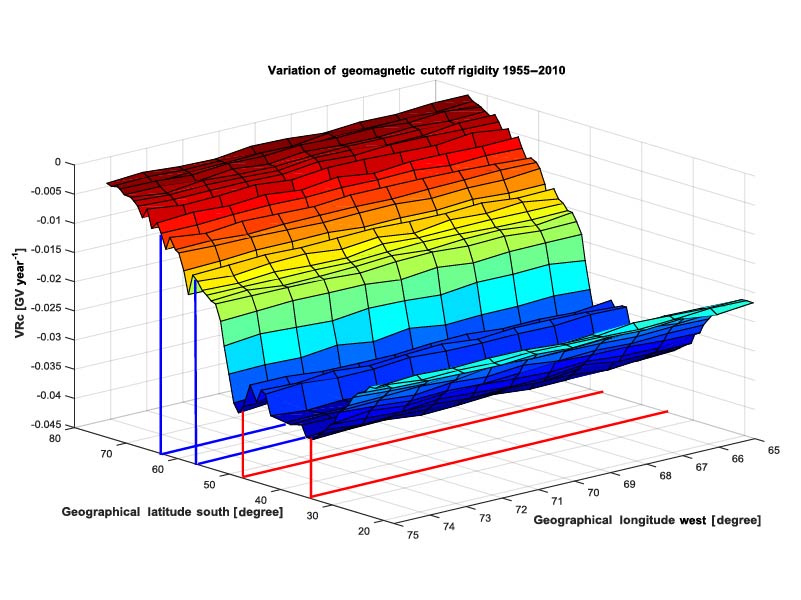 Ph.D David Laroze and his team found a relation between earthquakes and the Earth’s magnetic field.

On March 1, 2018, a paper was published in the Annales Geophysicae (ANGEO), a journal of the European Union of Geology.  It showed experimentally that there is a correlation between the Earth’s magnetic field and important geological events. This means that earth’s magnetic field exhibits abrupt variation when high magnitude earthquakes occur.  The study was conducted by Chilean scientists, including David Laroze, Ph.D., a professor of the School of Physical Sciences and Nanotechnology at Yachay Tech University. This could be a very revealing finding because the changes in the range of variation occurred almost a month before each earthquake that the team studied; giving research a huge potential in the development of early warning systems for earthquakes.

The main objective of the study is to analyze the variation rate of the geomagnetic cutoff rigidities, earthquakes, and the tectonic plates’ movements on the Pacific East Coast of the southern hemisphere. To achieve this, the team collected information on the geomagnetic changes detected in the area. This was achieved through the use of observatories focused on different tectonic plates:  the plate of the South American continent, Scotland and the Antarctic plate. These observatories measured the changes in the values of the magnetic field, validating the mentioned variations. The researchers observed events such as the Maule earthquake in Chile, 2010. In this particular case, they observed a change in the magnetic field up to 36 days before the earthquake. Similarly, they found the same phenomenon in the magnetic field days before the earthquakes in Japan and Sumatra in 2011.

After conducting a spectrographic analysis of the findings, a study of the frequencies shown by the time series of the magnetic field, the team concluded that there is a very high probability that these changes are directly related to the geological events. So, they then tried to define the origin of these geomagnetic characteristics. Thus, they argue that surface dynamics occur in the lithosphere and due to fractures in the rock that end up generating a broad spectrum of low frequencies in the time series of the magnetic field. This effect may be related to earthquakes. In addition, there is another mechanism that operates in the depths of the Earth; this process generates magnetic anomalies, such as the South Atlantic Magnetic Anomaly.

This first finding is just the preliminary phase of the research, which started ten years ago, and that required three years of data analysis. The team must continue with the research and compare different telluric phenomena to later develop a warning system. They also hope for another experimental team of researchers to recreate their results under different conditions to be completely sure of the veracity of the correlation. After that, the team will work on developing a mathematical model that will allows for approximate alert calculations when these changes are observed in the Earth’s magnetic field.

If you want to read the complete paper, click here.