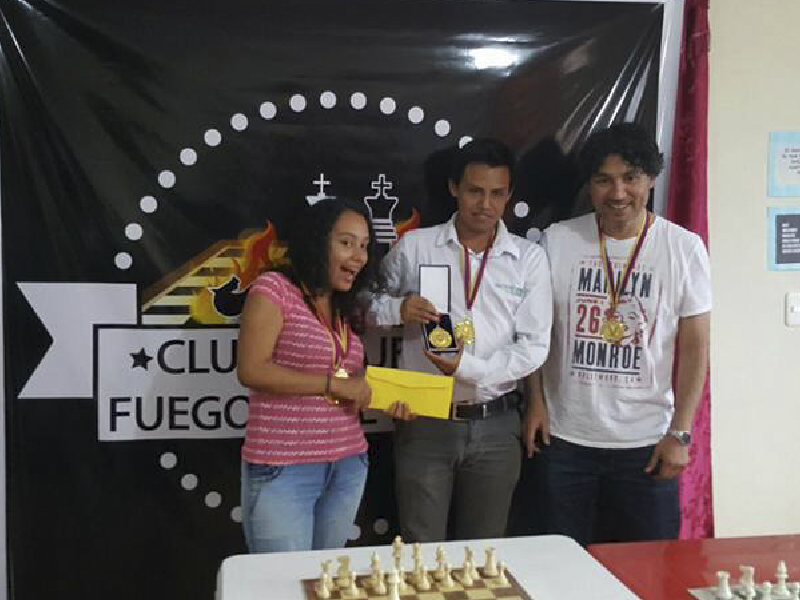 Three representatives of the Chess Club of the University were proclaimed champions in the city of Ibarra.

On Sunday, March 18, 2018, the chess team of Yachay Tech University competed in a tournament organized by the “Club Tablero de Fuego”, in Ibarra. After five rounds of competition, the Yachay Tech team won the first place in the championship. The team consisted of two students: Mateo Oleas and Andrea Delgado, and Professor Fredy Cuenca, Ph.D., as they all belong to the Chess Club of the Institution. The association is chaired by Mateo Oleas and is managed by students.

In order to obtain the title of champions in the “Club Tablero de Fuego” competition, the team of Yachay Tech University had to go through 5 rounds of very intense games. According to Andrea Delgado, the competition was not easy due to the level of the different teams that attended the competition. She points out that although Chess is a sport that demands a lot of preparation, it is one of her greatest passions and she’s been practicing it before entering the University. In the University she joined the Chess Club, where she supports the organization and promotion of Chess activities through training and the organization of different competitive activities in the University.

In the immediate future, the Chess Club plans to open the first internal championship of the University that will include all the members of the institution. We congratulate the Yachay Tech Chess team for their achievements, as they fill us with pride.