Yachay Tech is represented in Japan 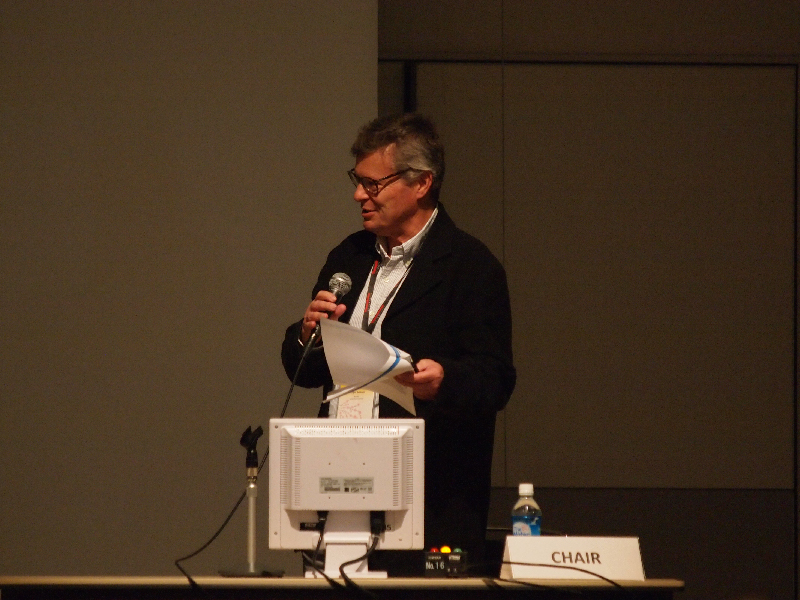 Jürgen Reichardt, Vice-chancellor of Research and Innovation of the University, attended the 2018 Nobel Prize Dialogue and the Human Genome Meeting.

Vice Chancellor of Research and Innovation of Yachay Tech University Jürgen Reichardt, Ph.D., visited Japan between March 11-15, 2018 to be part of the Nobel Prize Dialogue 2018 and the Human Genome Meeting carried out by the Human Genome Organization (HUGO). Both events took place in the city of Yokohama.

On March 11, Reichardt attended the Nobel Prize Dialogue 2018 as a guest. This year, the dialogue addressed the topic of the future of food in the world. The event was attended by Nobel laureates, representatives of the Nobel Prize Organization, and guests.

Later, between March 12 and 15 the Vice Chancellor of Yachay Tech University attended the eleventh meeting of HUGO. Reichardt was invited to give a talk and lead a scientific session in his capacity as member of the Council of the Organization. On March 12 and 13, Reichardt’s talk launched the program after the opening by Piero Carninci, another member of HUGO Council. The event was held in one of the largest research institutes in Japan, where Reichardt, as member of the HUGO Council, also served as judge in the talks of several candidates for the institution.

Finally, on March 15, Jürgen Reichardt led one of the scientific symposia of the Human Genome Meeting. The topic of the symposium was Population and Evolutionary Genetics, which included the participation of academics from the Max Planck Institute in Germany, the University of Liege, in Belgium, and the University of Queensland, in Australia.

The Human Genome Meeting came about with the annual meetings of the Human Genome Project. Once the DNA sequencing project was completed, the Meeting became a search to open a space for the world’s scientists who stand out in the field of human genetics; as well as a platform for companies directly related to the subject.