Yachay Tech student will do an internship at CERN 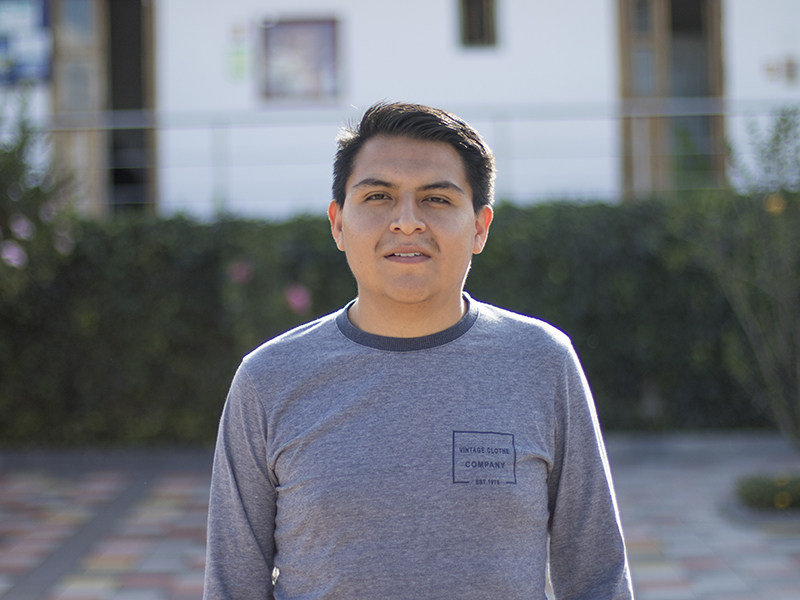 Carlos Cocha, a student from the School of Physical Sciences and Nanotechnology, has also done other internships in Brazil and Argentina during 2019.

On March 26, 2019, while returning to Ecuador, Carlos Cocha received the news that he had been selected among 1424 applicants from around the world to do an internship in the 2019 CERN Summer Student Programme. The Yachay Tech physics major who was returning from a School of High-Energy Physics in Argentina had dreamed of this opportunity since he entered the School of Physical Sciences and Nanotechnology in the University. He says he achieved it thanks to the research and learning experiences he acquired this year in Brazil and Argentina. Carlos will start his internship in June and it will last 8 weeks.

Carlos Cocha is a ninth-semester physics major at Yachay Tech. This year he completed an internship at the Brazilian National Center for Research in Energy and Materials (CNPEM for its acronym in Portuguese), attended the 10th CERN-Latin- American School of High-Energy Physics (CLASHEP2019) in Argentina, and was accepted for an internship at the European Organization for Nuclear Research, commonly known as CERN, in Geneva, Switzerland. In all these internships, he will gain experience in High-Energy Physics, particularly in the field of particles.

During his internship in Brazil, Carlos worked at the National Synchrotron Light Laboratory of CNPEM. He helped in the start-up of the new SIRIUS synchrotron accelerator, the electron accelerator of the research center. Carlos focused his work on the LINAC (linear accelerator), the first infrastructure where electrons begin to accelerate. The internship lasted two months. During the first month, Carlos did a review of the physical theory and engineering behind the accelerator and, during the second, he worked directly in the accelerator control room with his tutors Liu Lin and Fernando de Sá. Because Carlos already had the theoretical knowledge of the accelerator’s operation, he was entrusted with the task of making measurements and working on a software that would allow to calculate the energy, energy dispersion and emittance of electrons. That software is still used by members of the laboratory to optimize the optics of the electron beam.

At the end of his internship at the CNPEM (from January 8 to March 1), Carlos traveled to Argentina for the School of High-Energy Theoretical Physics organized by CERN (from March 13 to March 26). The School aimed at graduate and postgraduate students, but Carlos participation was accepted due to the experience he obtained in Brazil. The program consisted of an intensive course of High-Energy Physics from different fields such as cosmology, gravitational waves, particles, physics beyond the standard model, and physics of accelerators, among others. At the end of the program, Carlos successfully participated in a poster presentation about his research in Brazil and at Yachay Tech University.

Finally, for the internship he will do at CERN (one of the largest and most important scientific research centers in the world) Carlos drew on his experiences in Brazil and Argentina. In addition, he received the support of Professor Harold Yepes, Ph.D., from the School of Physical Sciences and Nanotechnology of Yachay Tech and his tutors, Fernando and Liu. Carlos will work in the BE-ABP-LAT department of CERN under the supervision of Roberto Corsini.

Carlos is really happy because everything went hand in hand, hence why he will use these experiences to work on his thesis project. At first, he was going to do his whole thesis project in relation to his work in Brazil. Now at CERN, he is going to develop a project that he hopes to add to his thesis. He wants to continue with high-energy physics as a further line of studies. It is very important for him to continue taking advantage of the opportunities that have been presented to him.