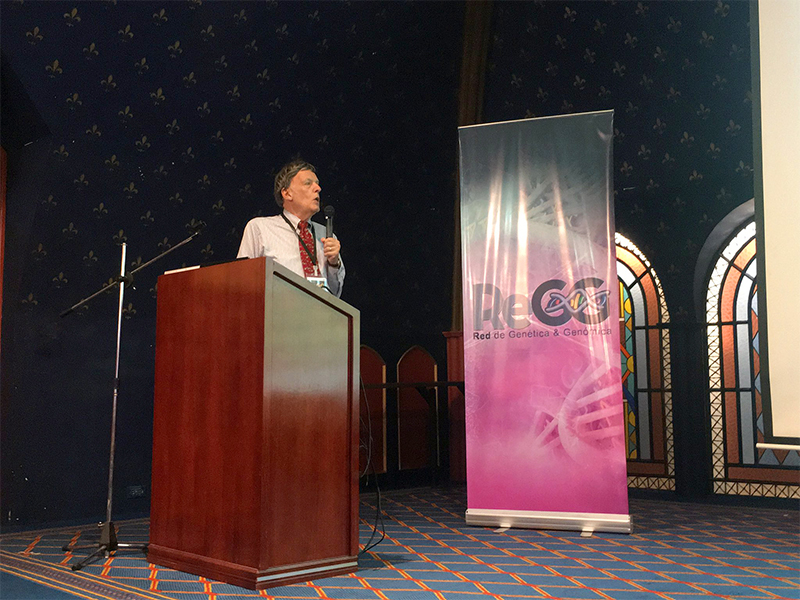 The event was organized by the Genetics and Genomics Network and explored the fields of health, biodiversity, agriculture and livestock, ecogenetics and bioeconomy.

The Genetics and Genomics Network (REGG in Spanish) organized the First Ecuadorian Symposium on Genetics and Genomics. The event was held at the facilities of Universidad San Francisco de Quito (USFQ), on April 25 and 26, 2019. It had the participation of Soledad Álvarez, Undersecretary of Higher Education, Science, Technology and Innovation; USFQ authorities and Spiros Agathos, Ph.D., President of the REGG and Rector of Yachay Tech University. The symposium covered topics regarding health, biodiversity, agriculture, and livestock, ecogenetics and bioeconomy. The symposium was also attended by Catalina López-Correa and Gabriela Repetto, keynote speakers in fields of health and ecogenetics, and bioeconomy, respectively.

This meeting was held to commemorate the date Nature published the article in which James Watson and Francis Crick presented the model of the DNA structure in a double helix, from the image made by Rosalind Franklin, through x-ray diffraction. The event was attended by more than twenty speakers from all REGG member institutions.

The Network was created by initiative of Yachay Tech University and in collaboration with the institutions that are now part of it. In this sense, Yachay Tech assumed the presidency of the ReGG on April 2018 and, once the bylaws were created, it was approved by Senescyt on June 19, 2018.

The ReGG aims to encourage interaction and research among genetics and genomics institutions and researchers. This research benefits basic and applied science by producing new knowledge, technology for the country’s needs and applications that range from agriculture to medicine. The network seeks to establish a national consensus and an open forum for the Ecuadorian genetics and genomics research community. The institutions that are part of the network are Yachay Tech University, Universidad San Francisco de Quito, the National Research Institute on Public Health (INSPI in Spanish), the National Institute on Biodiversity (INABIO in Spanish) and the National Institute on Agricultural Research (INIAP in Spanish).