Carlos Castillo-Chávez at University of Washington 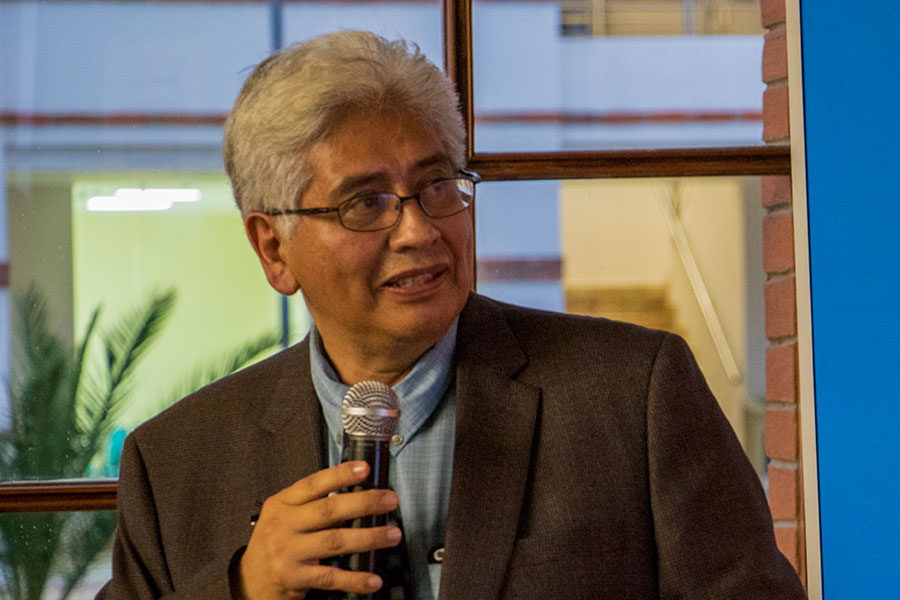 Yachay Tech Rector will give a conference as part of a program for distinguished mathematicians around the world.

On Thursday, October 26, 2017, PhD. Carlos Castillo-Chávez, Rector of Yachay Tech University, will be part of the Boeing Distinguished Colloquia, by the Department of Applied Mathematics of University of Washington. This series of colloquium lectures gathers the most renowned characters in applied mathematics from around the world, all in different dates, so that they can present their work. Castillo-Chávez’s talk will be the seventh of the colloquia this year and will start at 4 pm. The talk will be addressed to mathematics students and the entire community at University of Washington. The series will be sponsored by Boeing.

The purpose of the talks is to awaken the general interest of researchers and students in mathematics and similar fields, so the invitation is open to all students and academics who are interested in the topics to be covered. The colloquium series has been taking place since late 2016 and 6 prominent academics have taken part with different topics that go from cancer, oceans, and biological systems, among others.

Carlos Castillo-Chávez’s talk is titled Dynamics and Evolution of Diseases, from contagious diseases to vector-borne diseases. The main objective of the talk is to discuss the imminent need to perform a systematic exploration and assessment of strategies with the idea of minimizing the impact of outbreaks of contagious diseases. A clear example are the lessons learned two years after having confirmed an Ebola outbreak in Western Africa, which are bound to become political-economic references in the world. Castillo-Chávez will explore the ways to mathematically model emerging and reemerging vector-borne and contagious diseases.