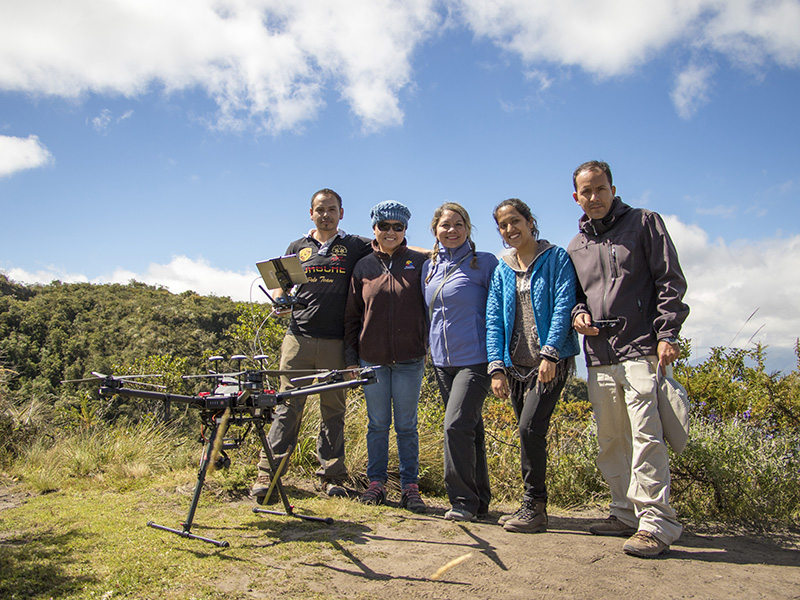 The specialized agency of the United Nations will be part of a Geology and Geoparks Meeting.

The School of Geological Sciences and Engineering of Yachay Tech University will be the headquarters for the Geology and Geoparks Meeting that will take place on July 4, 2018. The United Nations Educational, Scientific and Cultural Organization (UNESCO) agency will take part in the meeting, along with the Imbabura Municipality, cantonal and county local governments, universities, Public Research Institutes (IPIs in Spanish), other Geopark projects in Ecuador such as Tungurahua Volcano Geopark and the Napo Sumaco Geopark; the Ministry of the Environment, Tren Ecuador, and other provincial institutions. The meeting will comprise a series of talks that will address the main topic of geoparks from the perspectives of the academy, public policy, tourism and sustainability.

The Geology and Geoparks Meeting is framed in the construction of the Imbabura Geoparks Project, which is an initiative that was born in 2015 under the leadership of the Imbabura Municipality. The project consists of working on a proposal to transform Imbabura into a UNESCO Global Geopark. These geoparks are areas where sites and landscapes of international geological significance are managed with a holistic concept of protection. Thus, the Imbabura Geopark Project proposes education, geotourism, and protection as the main axis of action. Likewise, in order for the province to be declared a Global Geopark, the coordination of the project must prove that it is an area that can become a geological patrimony.

The School of Geological Sciences and Engineering of Yachay Tech University will take part in this project as the institution responsible for the scientific and academic components. Its contribution will focus on the geological characterization of the sites of interest of the project, which requires to collect existing information and gather data in the field. With this information, geological studies will be carried out to fill out descriptive forms of each site. The School of Geological Sciences of Yachay Tech will also take part in all the other activities of the project working together with the other actors involved.

For this project, more than 50 geosites of interest were identified in Imbabura. Some of these include volcanic complexes such as Mojanda-Fuya Fuya, Cubilche, Imbabura and Cotacachi-Cuicocha. Some other sites of interest for geological research are also listed, such as Chachimbiro, due to its geothermal potentiality, and lakes such as Mojanda, Cuicocha, San Pablo, among others. One of the main concerns of the Project managers is the lack of awareness of the need to protect these geosites. The main threat is non-responsible tourism.

Cuicocha, a volcanic complex and lake, is a clear example, as it is the second geological complex most visited in the country. According to the report presented by the Imbabura Geopark Project, this complex can receive up to 17,000 visits per month, making it an area vulnerable to these type of activities. Currently, many efforts are being made to monitor and control the possible damage caused to the environment and the tourist infrastructure. However, the Project suggests that educating tourists is essential to maintain this site that they nominated as geological heritage

The final vision of the project is that through Imbabura’s declaration as a Global Geopark, it is perceived and preserved as an ecosystem of international significance. For this reason, it has been proposed that the entire confirmation process be supported by members of the local communities. The coordination of the project encourages collaborative work under a Minga concept. With this mode of operation, they expect to have the active participation of all the strategic actors of the Province.