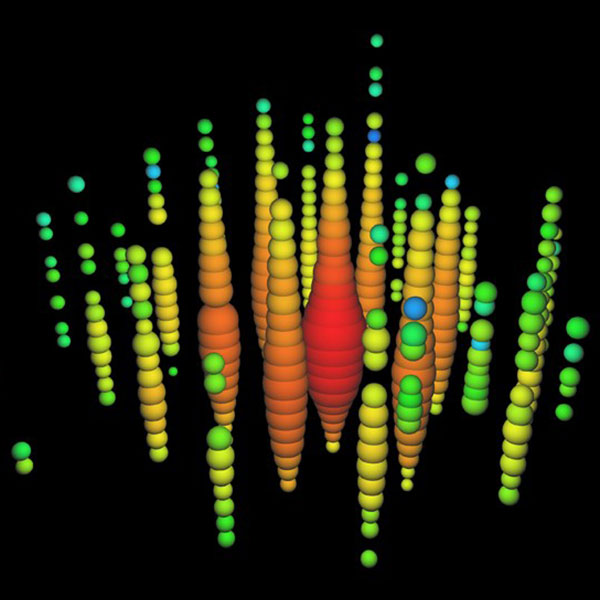 What are they? The greates secrets of the universe inside a subatomic particle

A new cycle of operation took place at the beginning of the year in the particle accelerator of the European Center for Nuclear Research (CERN). At this stage, collisions happen with twice the energy than previous ones. With this, physicists hope that it will generate new information yet to be known.

The conditions of the matter that occurred during the big bang are reproduced for a split second during the ions collisions in the Great Hadron Collider. These collisions create large quantities of information that is analyzed in laboratories and universities partnered with CERN around the world.

As part of the research conducted at universities, they seek information about gravitational waves, nuclear structure, and particle physics with a series of components.

But what are neutrinos? What makes them so interesting?

Surely you learned in school that everything that exists in the world is made out of atoms and that atoms are composed of protons, neutrons, and electrons. This is still true, however, protons and neutrons are composed of even smaller particles known as “subatomic particles”. Actually, everything is composed of these subatomic particles, electrons, quarks, down quarks and neutrinos: the universe, Earth, other planets, animals, humans, and matter in general.

Now, imagine that right now, thousands of particles are going around you. They cross Earth from side to side, cross your body and all matter in the planet without decreasing their speed. These particles cannot be seen or felt because they lack electric charge, and their interaction with other elements is very limited. These are neutrinos, commonly known as “ghost particles.”

Neutrinos are fundamental to physics. Most of them were generated around 15 billion years ago, after the Big Bang and they are currently the most abundant particles in the cosmos, along with light particles (photons).

Its mass is very light; its weight is one billionth of the mass of a hydrogen atom; it has no electric charge, and travels at the speed of light; so it is very difficult to detect. In fact, its lack of electric charge is what makes finding its counterpart (“the antiparticle”) so hard. Some hypotheses have been considered, for instance, that it could virtually be the same neutrino but with different behaviors. So far neutrinos can only be observed indirectly when they collide with other particles.

Despite being one of the smallest subatomic particles they are of great importance in physics. When deciphered, we will have a better understanding of the phenomena occurring in the universe like black holes or supernovas, and we will be able to know more about the origin of Earth and the behavior of the cosmos. For now, thanks to them we know that there is much more mass in the universe that we can directly observe.

Hizakazu Minakata, Ph.D. at the University of Hiroshima in Japan and currently Professor Emeritus at Tokyo Metropolitan University and Visiting Professor at the University of Sao Paulo in Brazil considers them fascinating. “The mass of the neutrino has the key to understand the great power of the world”, he says. “It probably does not help to understand the universe in a global sense but it gives us clues in certain aspects of what already exists. The Cosmos only has baryons, but not antibaryons (its counterpart).The most promising theory to create this asymmetry in the universe is a model based on the proposal to explain the mass of the neutrino. ”

What is clear is that the existence of neutrinos has raised many questions in the understanding of the universe, even more than we thought. Today they are a fascinating subject of study for physicists.

On November 16, Minakata has been invited by the School of Physical Sciences and Nanotechnology at Yachay Tech to share his knowledge about neutrinos. “People often say that neutrinos, the ghost particle, have nothing to do with our lives, but I’m going to challenge that belief, he says. “Human beings would not exist if it weren’t for neutrinos. Luckily, this year Nobel Prize in Physics was awarded to the scientist that discovered the mass of neutrinos. On that same topic, I will try to explain why this tiny mass is so important”.