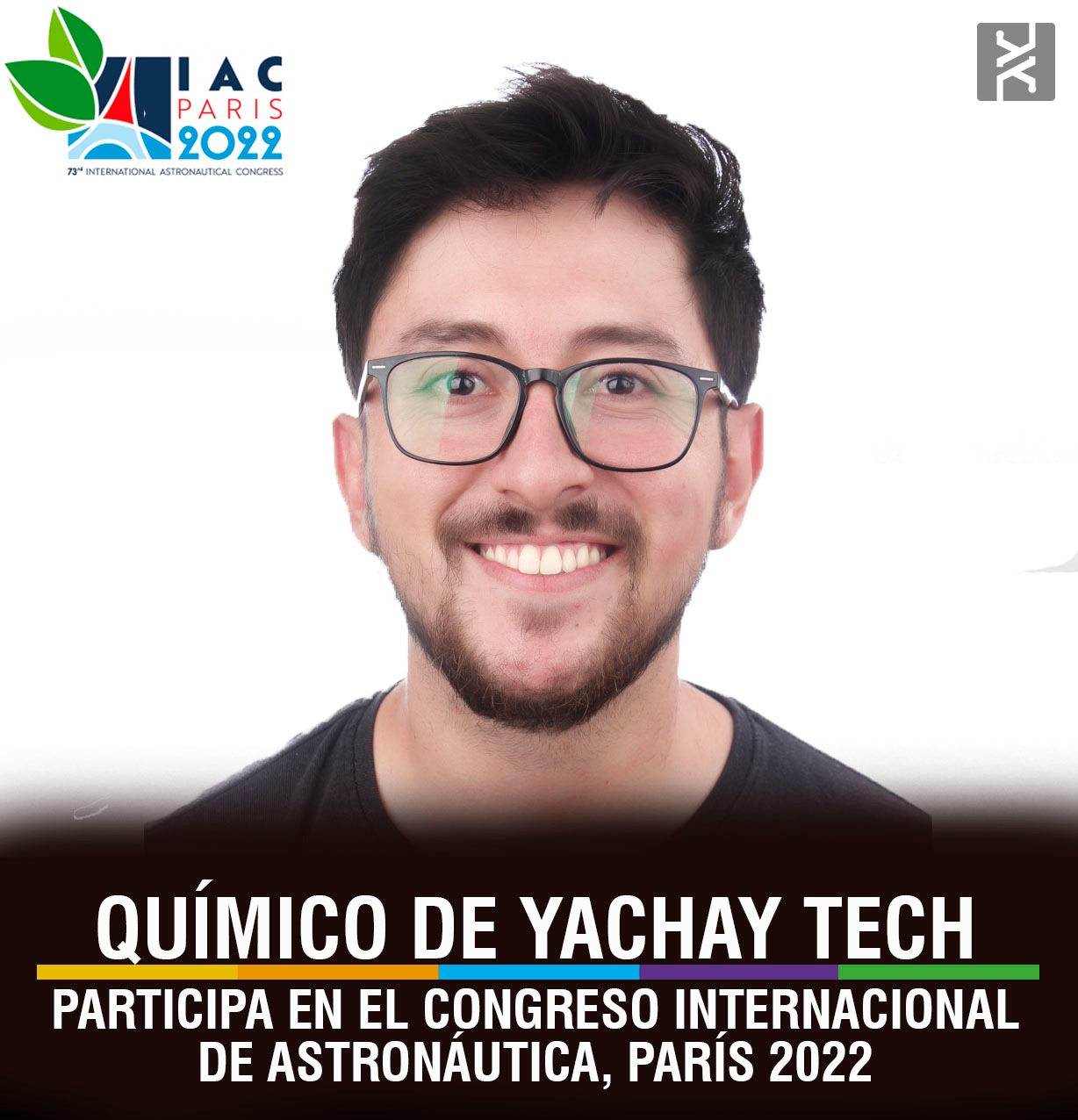 The 73rd edition of the International Astronautical Congress (IAC) 2022, organized by the Center National d’Études Spatiales (CNES), is taking place this week until September 22 at the Convention Center of Paris, France.

With the slogan “Space for @ll”, IAC seeks to create a space that allows all space communities to come together from the main agency heads and senior executives of the world’s space agencies (NASA, European Space Agency, SpaceX, among others) to start-ups, entrepreneurs, laboratories, scientific researchers and manufacturers. The idea is that they can become involved in or benefit from space activities by providing everyone with the latest space information and developments in academia and industry while allowing them to do networking and establish potential associations.

José Andino-Enríquez, a chemist graduated from the second class of Yachay Tech, is pursuing a master’s degree in Large-Scale Applied Materials Science (MaMaSELF+) in France and is also a researcher in the “Conex Research” group based in the United Kingdom. This international organization is dedicated to solving important and unaddressed questions in space science and relies on aerospace engineers, chemists, physicists, geologists, data scientists and others to make proposals for space missions with a scientific and engineering basis.

The research group is currently working on projects such as The Arcanum Mission, The Bingham Lander, The Arcanum Telescope and The Astraeus Mission, which focus on the development of space missions to Neptune, Triton (Neptune’s moon) and Titan (Saturn’s moon). The group will be presenting at the IAC.

José expressed his excitement at being part of an event of such magnitude for the scientific community and highlighted the importance of his time at Yachay Tech, which shaped an ideal environment to promote his desire to be a scientist through hard work, example, dedication and motivation.

In the end, José expressed: “The tools and the example that professors at Yachay give us on a daily basis have allowed us students to be all around the world demonstrating what we Ecuadorians are capable of doing.”