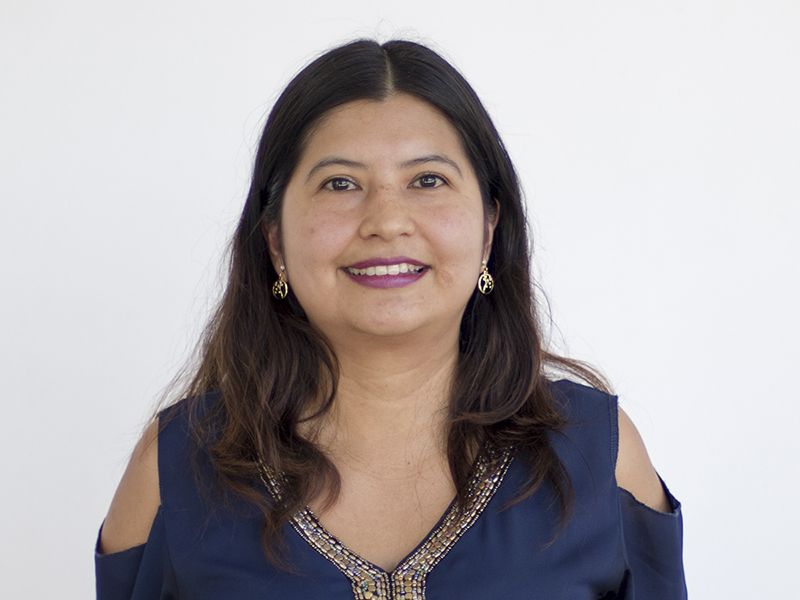 We spoke with Karla Miño, a Biomedicine Major from Machala who works on natural fiber to determine if it has antibacterial properties.

When Karla Miño learned about Yachay Tech University, she saw in it the opportunity to introduce herself into a new field: science. Karla had a background in accounting but decided to take the chance and learn something completely new. She says that even several months before arriving at Yachay Tech for her leveling, she was already excited, and that’s why she was always looking to keep up with the progress of the University. When she arrived, her expectations were met. She particularly liked the patrimonial infrastructure.

For Karla, the coexistence on campus was a challenge. “I am much older than the other students, so I came from not having to share my room, and other customs,” she says. However, she managed to maintain a very good relationship with her housemates. Another challenge that she had to overcome was starting her leveling courses without the same science bases that her classmates had, so it was very frustrating for her. Today, she looks back at those funny days and leaves them behind with a simple ‘… but I made it’.

She says that what led her to choose Biomedicine as her major was that she found attractive the idea of understanding how we work from the inside; the little things that make us function as human beings. In addition, she likes the idea of dedicating herself to develop biomedical devices and hopes to make advances in that field in the future.

At the moment, she is investigating some natural fiber to determine if it has antibacterial properties. This is her capstone project, which she’s working on with the supervision of Frank Alexis, Ph.D., Vice-Chancellor of Research and Innovation of the University. Once she finishes her project and her undergraduate degree at Yachay Tech, Karla hopes to have the opportunity to continue studying until she can get her doctorate.