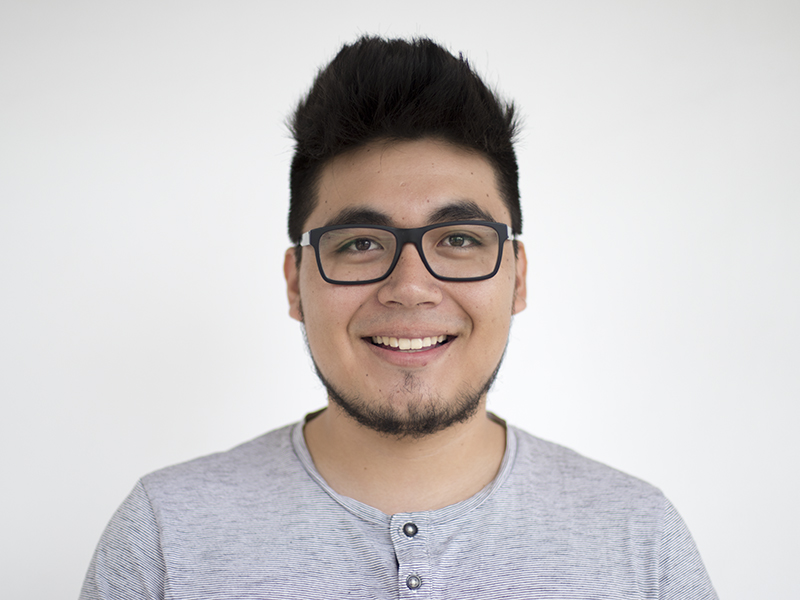 We spoke with Kevin Chamorro, a Mathematics major from Ibarra who works on the development of mathematical models for basketball free throws.

Kevin Chamorro came to Yachay Tech thinking it would be an opportunity to live a new university experience in the country. He is from Ibarra and heard about the project before the application. For him, it was impressive to meet classmates from different provinces and professors from different countries. He remembers thinking that the professors would have to get used to the national customs, but all the members of the community adapted to live in an international environment.

“Adapting to coexistence is a bit difficult because everyone has their own customs but I think that when you’re away from home your roommates become your family, the friends you live with become your family. We have a very close relationship with the faculty, so it would also be one of the things that I’ll miss when I leave, living with my other family here at the University.”

Kevin remembers that during the Common Core the students had to go through many changes. “We had to adapt, to work hard,” he says. He also recognizes that the faculty also experienced the same amount of changes, until the University was a bit more institutionalized. Although it was difficult, he thinks that this dynamic will be very useful at work, to solve problems creatively and adapt easily to change. In addition, he thinks that the Common Core helped him in choosing his major.

At first, Kevin started studying IT but he finally changed his major. He says that when he started, he also took math courses and through these courses, he realized that he was more passionate about mathematics than computer science. In the beginning, he did not choose Mathematics because he thought it was pure research. However, he later realized that many applied studies can be carried out through Mathematics. This way, he chose to carry out his thesis project with application in one of his passions: basketball.

Kevin’s thesis project is to develop a mathematical model that allows to predict a successful free throw in basketball. The student proposed this topic to Professor Juan Carlos López, Ph.D., who became his tutor. Currently, they have already found the correct angle and speed for throws, depending on the height of a player to make a free throw. They are also conducting a pilot study with semi-professional basketball players to validate their model before applying it to a professional basketball team in Ecuador.