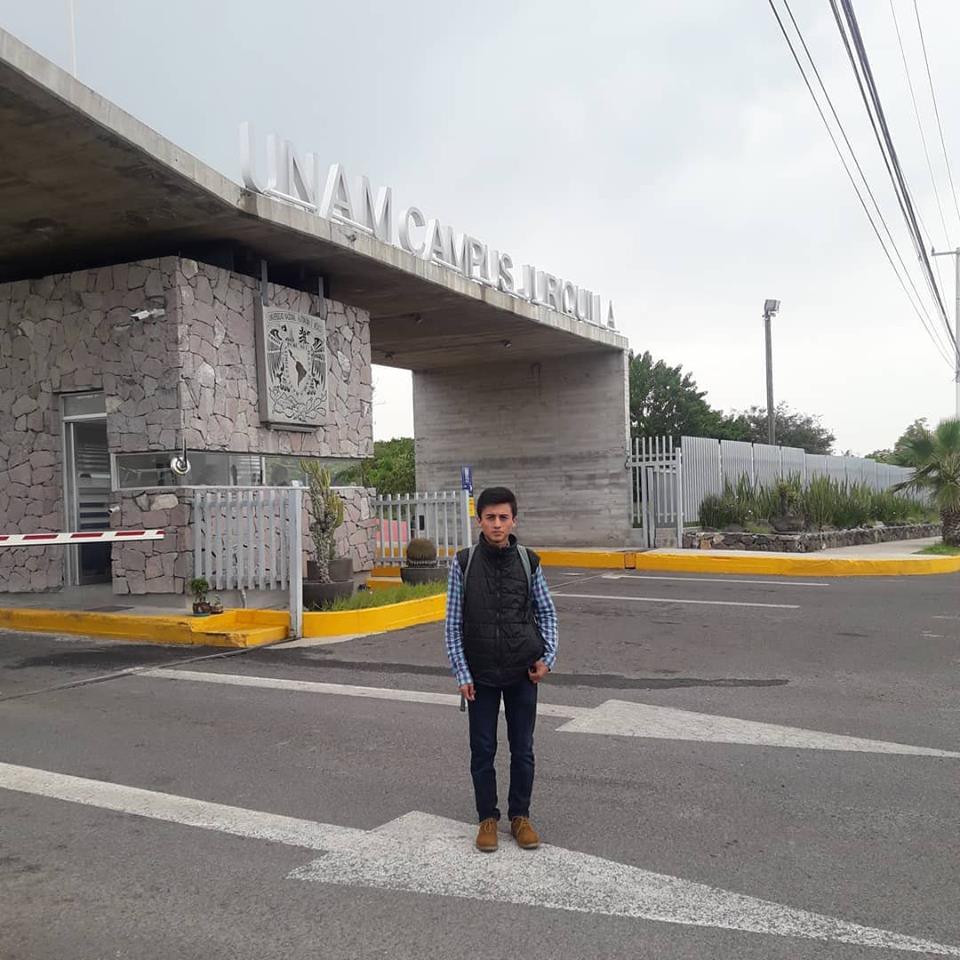 Lahar is a flow of sediment and water that slides from the slopes of volcanoes. Among the types of volcanic activity, lahars are responsible for the greatest destruction of public and private property and loss of lives. Cristhian Salas, a ninth-semester student from the School of Earth Sciences, Energy and Environment did an internship at the National Autonomous University of Mexico (UNAM), Querétaro campus, where he worked on an early warning system for lahares for a population that is at risk. This system was implemented for the Colimes volcano and is already activated. Upon completion of his internship, Cristhian continues to collaborate with the Mexican team to improve the system that he helped install in Mexico and to start a seismology laboratory at Yachay Tech University.

During his internship, Cristhian collaborated with a group of researchers who wanted to place an early warning system of lahars on two of the largest slopes of the Colimes volcano. This system works through the pairing of low-cost detection devices with an algorithm that allows to filter the sequences to discard false positives. In addition, the system is complemented with a group of cameras. Cristhian’s work was focused on the construction of the algorithm and the installation of the devices on the slopes of the volcano. Once installed, they verified the reception of data in real time to adjust the algorithm with the use of real data.

The team managed to finish a first version of the algorithm and installed the stations so the system could start working. The first results of the project were already visible when they were able to activate the system by a small lahar that went down that slope. Near the main slope of the volcano, there is a village affected by the descent of lahars that, during the rainy season, can reach up to 120 kilometers per hour and move sediment blocks of up to 15 meters. For this reason, the team started using Telegram as a system that allows them to send messages in a massive and effective way. Subsequently, in a complementary manner, they will work on the development of a risk plan with local institutions so that residents learn how to respond to these situations.

Currently, the team is still working to refine the algorithm with the use of data from the last 10 years, to standardize seismic signals. Cristhian still contributes from Ecuador to specify the algorithm. He points out that the development of the algorithm was the result of applying the knowledge he had previously gained at Yachay Tech, both in Seismology and in Algorithms, during the common core.

Cristhian intends to continue his career in this line of research through his thesis and the work he will do at Yachay Tech University during his last year of studies. He thinks that seismology is a very valuable field for Ecuador, because although some volcanoes have this type of system installed, it is not yet fully monitored. In this regard, he will receive the support of the Mexican research team to install their monitoring software at Yachay Tech University, along with seismic detection devices to begin the first seismology laboratory at the institution.